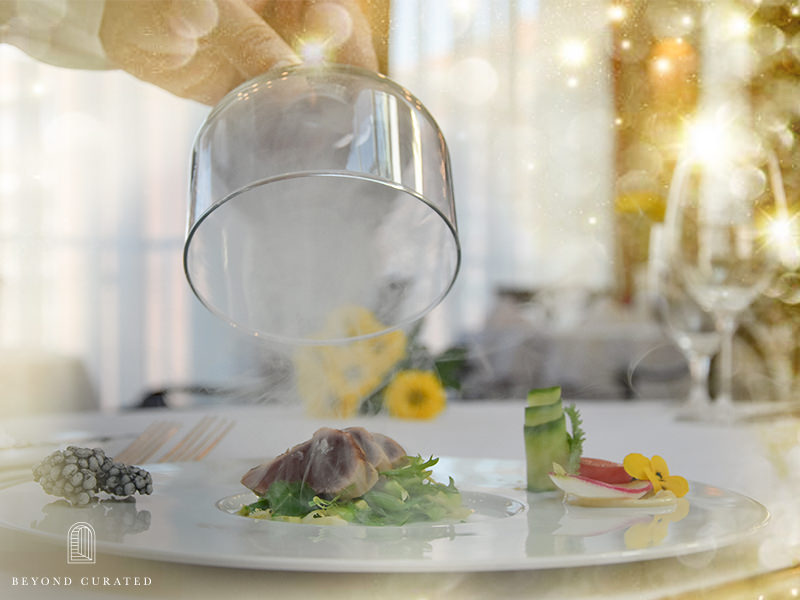 On the surface, this is a story about a French tyre company’s unlikely journey into the world of fine dining and haute cuisine. But it is also so much more than that. What started out in 1900 as a way for a new, and back then humble, company to sell more of its products, evolved to become the birth of the world’s most respected fine dining guide.

The Michelin Guide has a fascinating history, and it’s one well worth sharing with you here.

History Of The Michelin Guide

It all began in France back in 1889. Two forward-thinking brothers, Edouard and André Michelin, started a tyre company in a country in which, at the time, there were fewer than 3 000 cars. But the brothers had a vision, and they believed in the future of the automobile.

At the turn of the century, in 1900, the owners of the Michelin Tyre Company decided on a novel approach to increase tyre sales. They created a travel guide, issued free of charge to all their customers, to encourage road-tripping. Within its pages was useful information on places to visit, places to stay and, of course, places to eat.

The thinking behind the guide was that people would fall in love with the idea of travelling by road and discovering new places. This, in turn, would mean they would need new tyres more quickly. It worked. But while it indeed helped grow Michelin’s tyre sales, the guide also took on a life of its own, rapidly becoming a sought-after reference on fine dining establishments around the country.

From Marketing Ploy To Revered Guide

For 20 years, Michelin compiled the guide and handed it to their customers for free. But all that changed after an encounter that will forever be a part of the company’s fascinating history. On the day in question, André Michelin visited one of the shops that stocked Michelin tyres. He was horrified to see his beloved Michelin Guide being used to stabilise a wobbly workbench. He immediately decided people only respect what they pay for, so he relaunched a brand new version of the Michelin Guide that sold for seven francs.

The rest, as they say, is history. What started as a marketing idea for tyres rapidly grew into a respected fine dining authority. Acknowledging the surprising but undeniable influence of the guide’s restaurant section, the Michelin brothers recruited a team of mystery diners (we know them as restaurant inspectors today) to anonymously visit and review restaurants. By 1926, these inspectors began using a star-based restaurant ranking system. Initially, only one star was awarded – the three-star rating we know today was only introduced in 1931.

Today, the guide rates over 30,000 establishments in over 30 countries across three continents, and more than 30 million Michelin Guides have been sold worldwide.

How Are Michelin Stars Awarded?

Today, as it was almost 100 years ago, Michelin relies on a team of full-time restaurant inspectors who were, and still are, trained in France. It doesn’t use any consumer reviews at all when determining star ratings. The inspectors are completely anonymous and arrive at a restaurant unannounced. They also always pay for their meal!

Most inspectors are former chefs, but all are passionate about food. They have exceptional palettes and great taste memory. They are also experts at blending in with their surroundings in order to appear indistinguishable from any other diner.

Whenever an inspector visits a restaurant, he or she writes a detailed memorandum about their experience. Several reviewers visit the same restaurant over a period of time, and they then all come together to discuss their individual experiences and decide which restaurants, if any, are deserving of stars.

The exact details regarding how restaurants are critiqued are a closely guarded secret, but Michelin has revealed that they use a system of five main criteria when deciding which ones to include in their guide. These are: quality of the products, the chef’s personality and creativity, mastery of flavour and cooking techniques, consistency between visits, and value for money. They don’t take factors such as the interior decor, table setting, or quality of service into account when awarding stars, although the Guide does use forks and spoons symbols to describe how luxurious or casual a restaurant might be.

What Do The Stars Mean?

Michelin stars are an internationally acknowledged symbol of quality fine dining, and chefs around the world spend their lives striving to attain – and keep – them. Celebrity chef Gordon Ramsey reported wept openly when the Michelin Guide stripped their stars from his New York restaurant, calling the food “erratic.” He likened the loss to losing a girlfriend.

Michelin stars are awarded as follows:

One star: “Worth The Stop.” This is awarded for a restaurant of very good quality in its category, where the food is prepared to a consistently high standard.

Two stars: “Worth A Detour.” This is awarded to restaurants with excellent, skillfully crafted cuisine of outstanding quality.

Three stars: “Worth A Special Journey.” Only 27 restaurants in the whole of France have the coveted 3-star rating. It indicates an establishment with exceptional cuisine, where diners often eat superbly. Distinctive dishes, using superlative ingredients, are precisely executed.

London’s first Michelin star was awarded to Michel and Albert Le Roux’s Le Gavroche restaurant back in 1977, changing the city’s restaurant scene forever. It was also the first restaurant in the United Kingdom to be awarded one, two then three Michelin stars. The chef de cuisine is Michel Roux Jr, who took over the reins from his father, Albert in 1991. Since then, chefs have striven to earn both the recognition and the rise in sales, that come with a Michelin star.

Other restaurants in London with Michelin star status include the Céleste, at the Hotel Lanesborough and the Hélène Darroze at the Connaught.

The Céleste offers a truly memorable fine dining experience. Executive Head Chef Steeven Gilles is a native of Chalons en Champagne in France and has only ever worked in Michelin starred restaurants.

The two-starred Hélène Darroze is currently undergoing design alterations in honour of its 10th anniversary. It reopens in September 2019 with a new Armagnac Room for pre and post-dinner drinks, as well as private events.

Whether your dream is to savour the Michelin Star skills of a celebrity chef, a private chef or to dine at the chef’s table in one of London’s most prestigious restaurants, we can make it happen for you. Contact enquires@beyondcurated.